Hi guys! Got invited by omy.sg to attend the launch of McDonald's next upcoming promotion. Remember the Olympic Coca-Cola Glasses last time? Yes! they are finally back again but this time is for the London 2012 Olympic Games! Other than that they also invited Singapore's homegrown Olympian, Dayyan Jaffar who is representing Singapore in Archery! Sadly, Dipna Lim Prasad, who is also representing Singapore wasn't able to make it for this event! They are both going to participate for the upcoming London Olympic Games 2012, let's go support them! 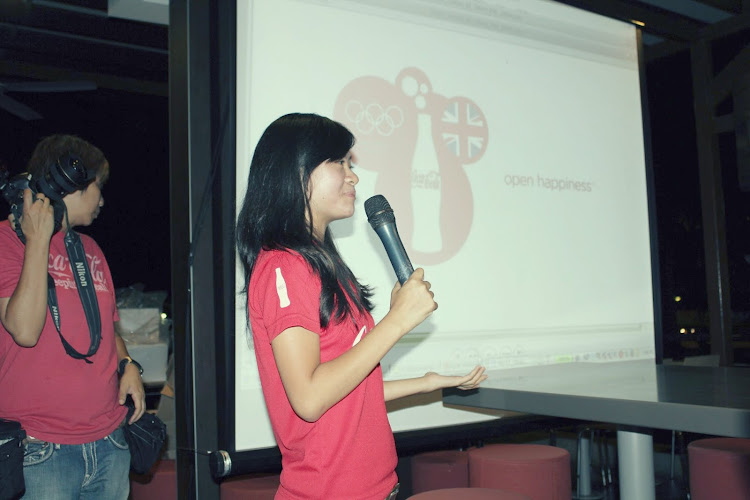 The host explaining the launch of the Olympic Games Glasses.

What is exactly going on?

Here's a peak of the 6 different Coca-Cola Glasses! 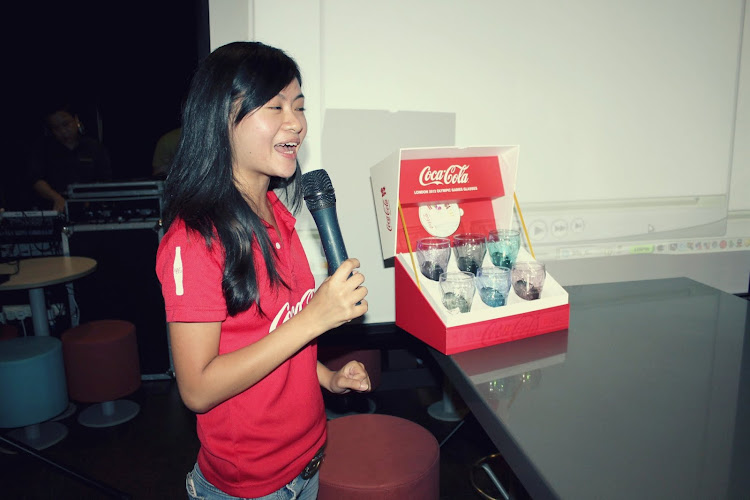 I was so happy because I was given a full set of the limited edition glasses! 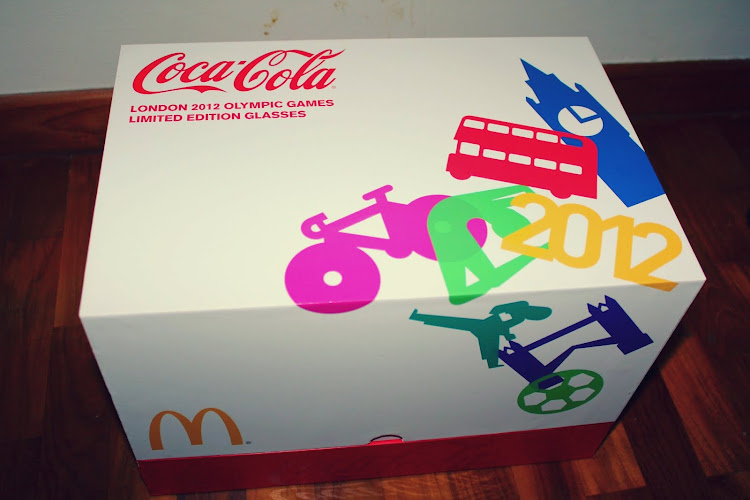 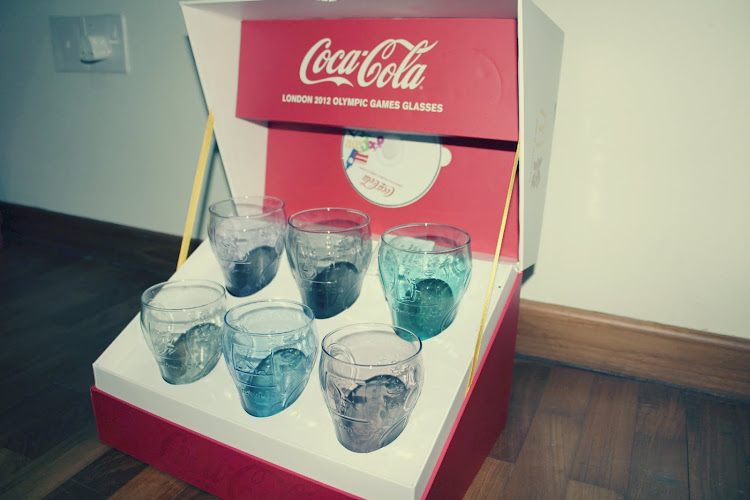 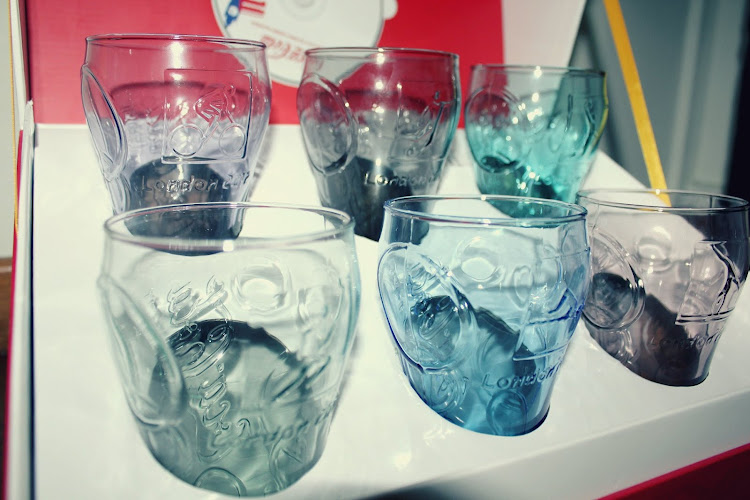 Here's a closer view of the glasses! Super chio right!? 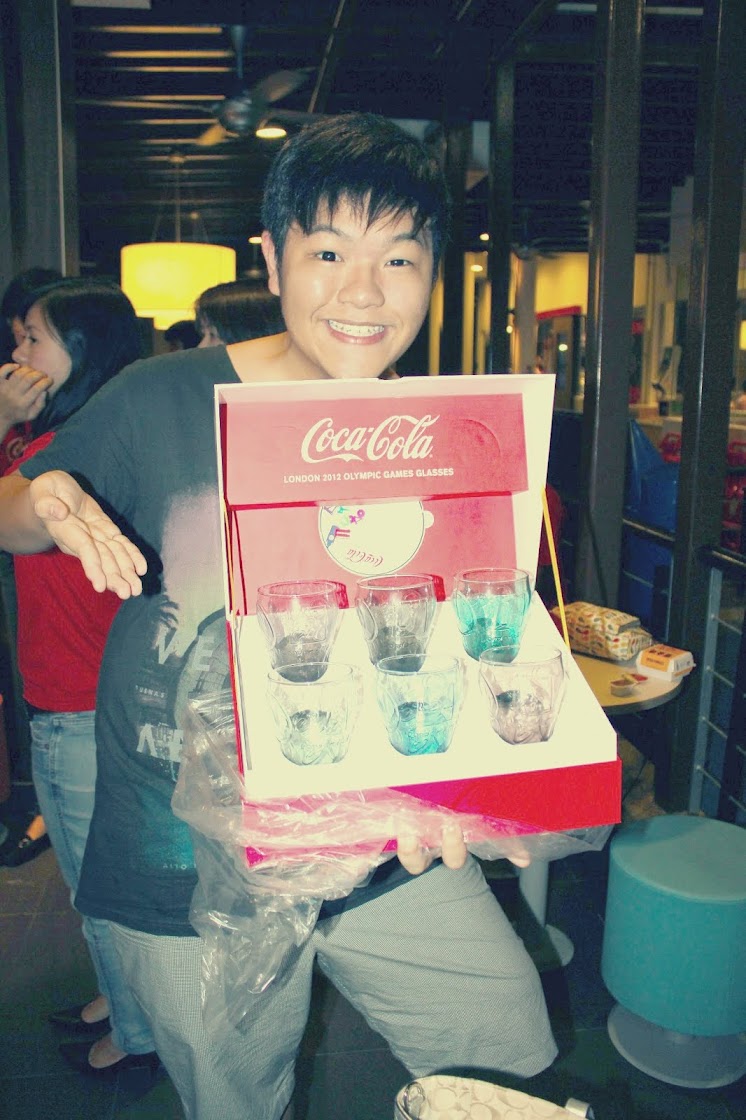 Where and when can you get these magnificent & gorgeous looking glasses?!

Calling all Coca-Cola collectors! You can count down these limited edition glasses! These unique glasses will be exclusively available in over 120 McDonald's Restaurants island wide and via McDelivery 24/7. The promotion will run for 6 weeks at McDonald's Restaurants from 5 July, while stock last! A different design will be released each week. The glass will be available free with every Large Extra Value Meal! (Excluding Breakfast)

Now for some facts you didn't know!

McDonald's became an official sponsor of he Olympic Games in 1976 and has a longstanding commitment to the Olympic Movement, At the 1968 Olympic Winter Games, McDonald's airlifted hamburgers to U.S. athletes competing in Grenoble, France who reported they were homesick for McDonald's food. Since then, the company has served its menu of choice and variety to millions of athletes, their families and fans!

The London 2012 Olympic Games marks the ninth consecutive Games for McDonald's as the Official Restaurant of the Olympic Games and the only branded food service retailer feeding the athletes!

For more information, you can visit this website!
http://www.olympic.org/sponsors/mcdonalds

We were served Coke Float after that by their friendly staff! 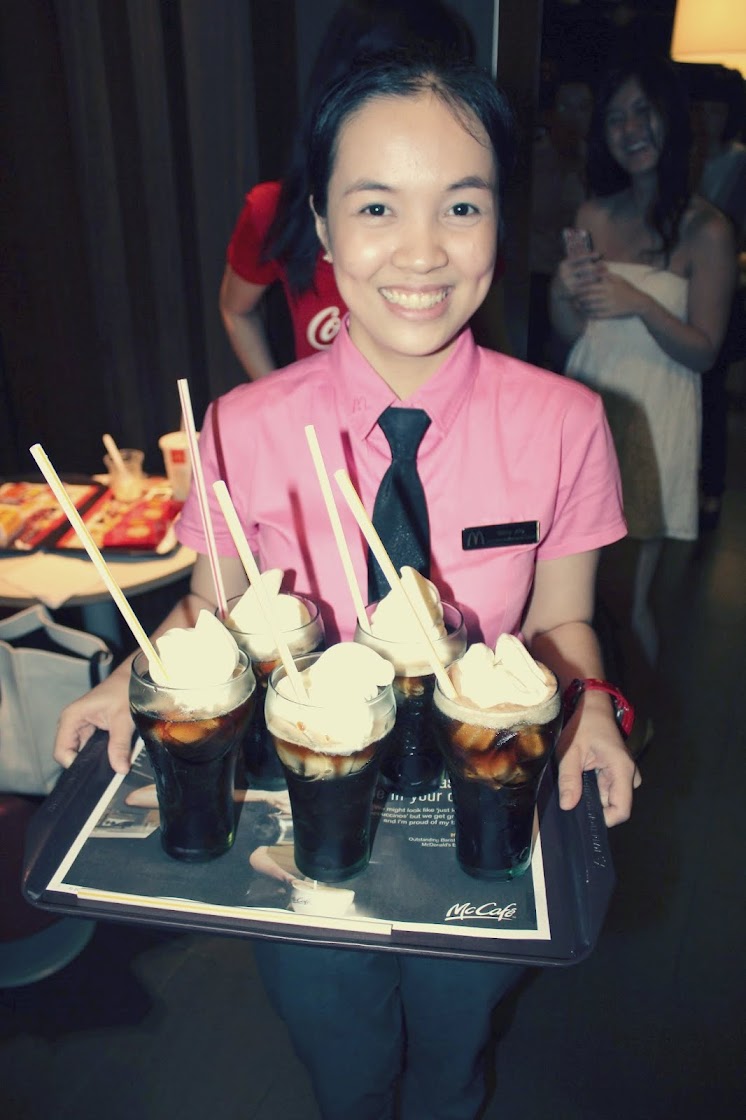 Not easy holding on 5 glasses of coke float on a tray and smiling for a photo! *stressful* 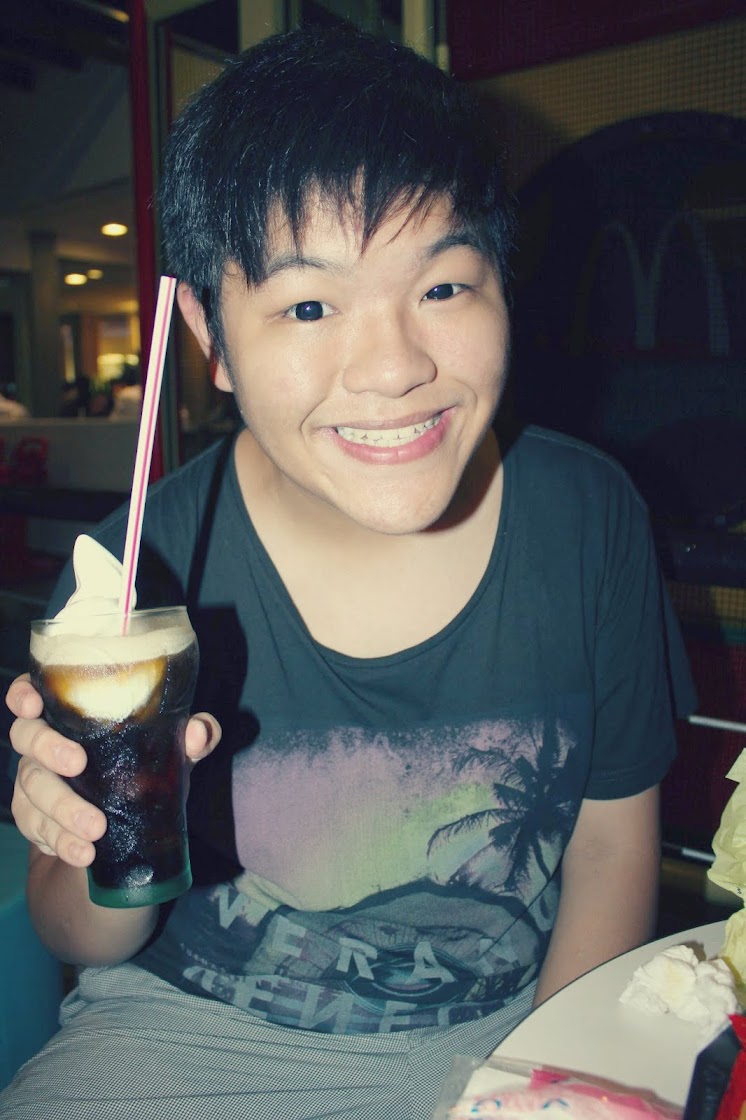 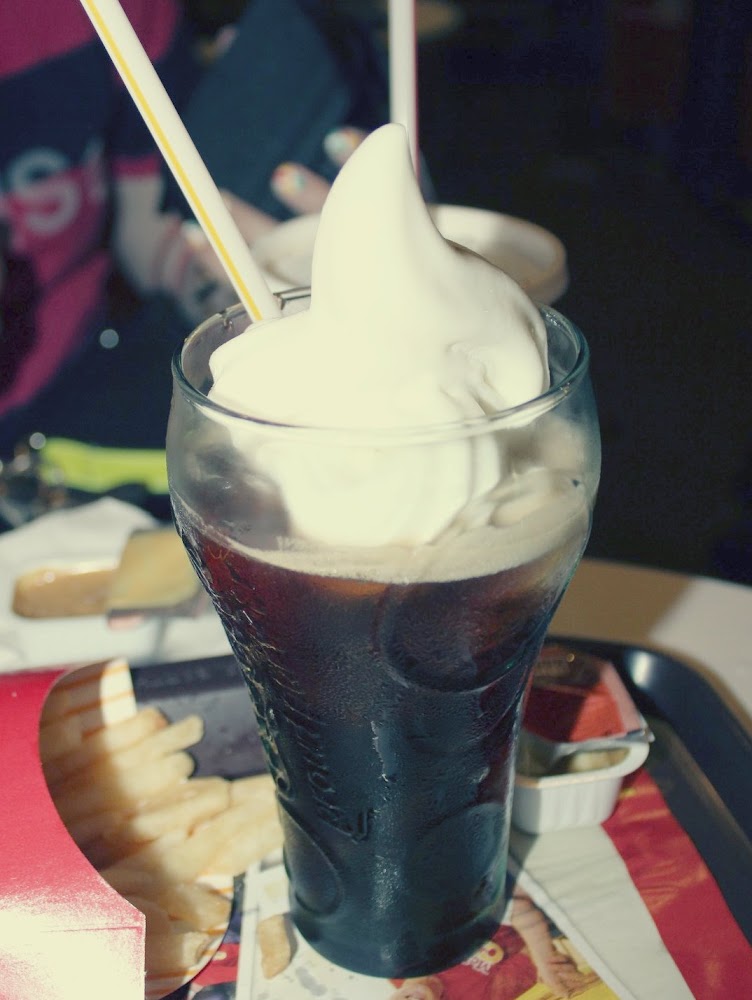 Hahaha! Sorry for tempting you guys but don't you feel like drinking this now? With creamy ice cream on top, mhmmmmm!!

Dayyan Jaffar!!! If you are wondering who is he?! You should watch this video first!
Dayyan Jaffar is one of the Singaporean Olympians that will be taking part in the London 2012 Olympic Games in Archery. He won back a bronze for our country in the 2010 Summer Youth Olympics. 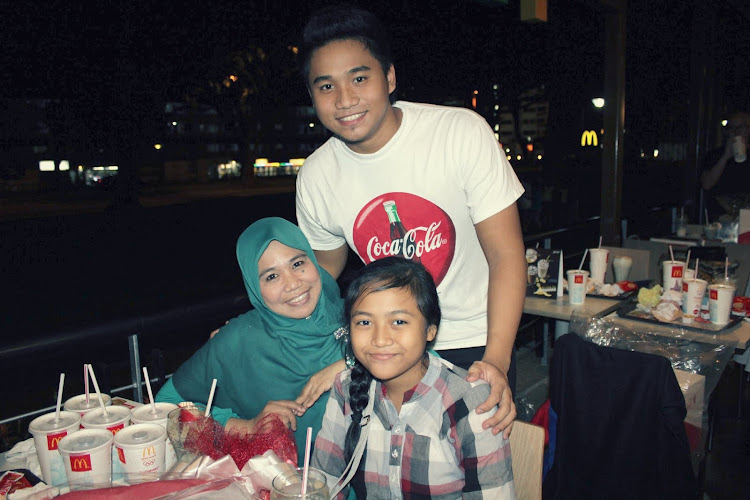 Dayyan Jaffar with his lovely family members that turn up for the event with him. 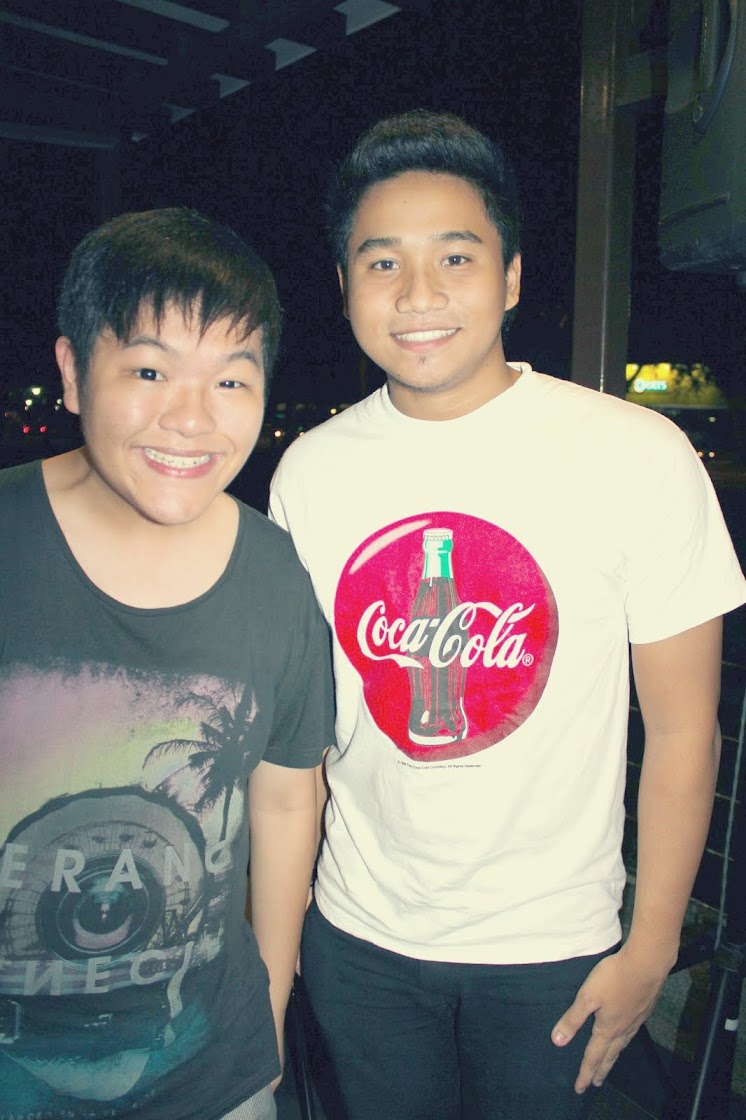 Took a photo with him too! I feel so short!!!

After loads of chit chatting! Now to introduce bloggers I met during the event with me! 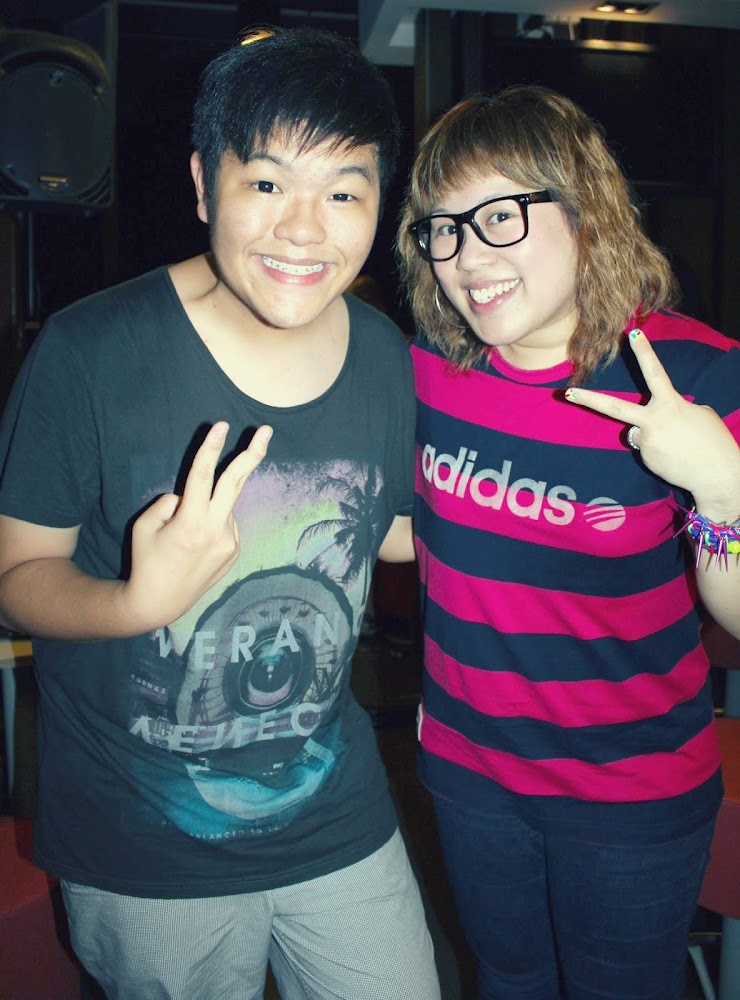 You all remember Mag? :)
Check out her! 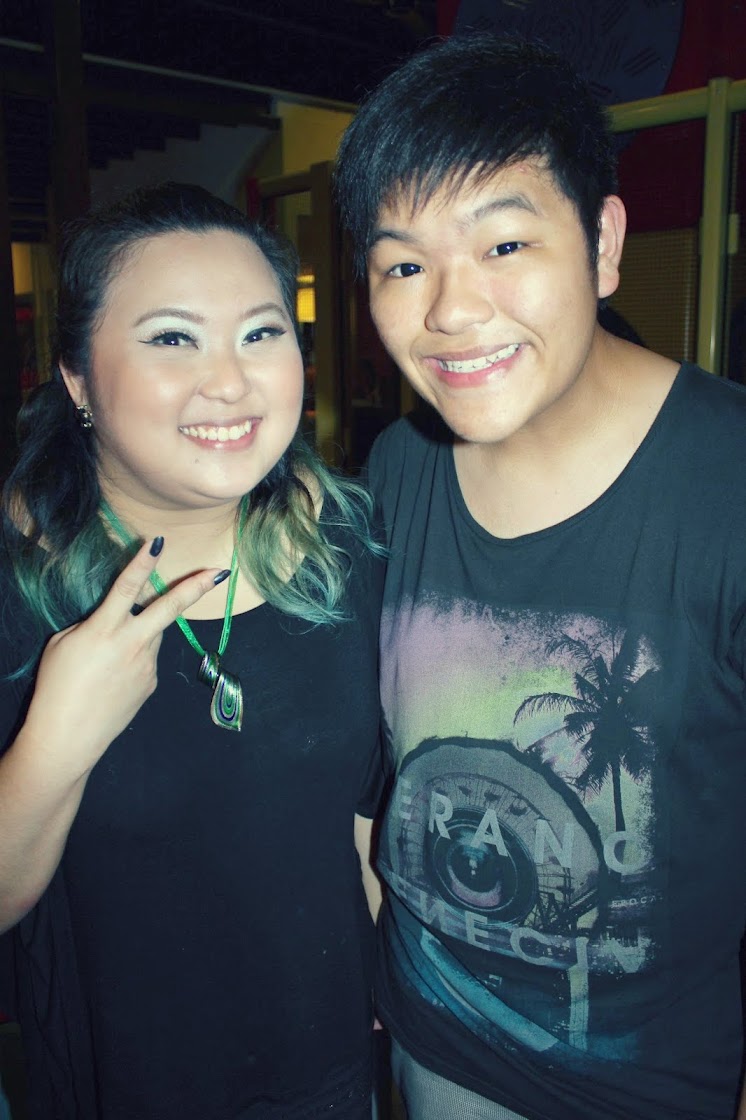 Christina! Check out her blog: http://huneyzworld.blogspot.com

Alright, ending this blogpost with a group photo! Thanks Omy.sg, McDonald's & Coca-cola for inviting me to this event ^.^ 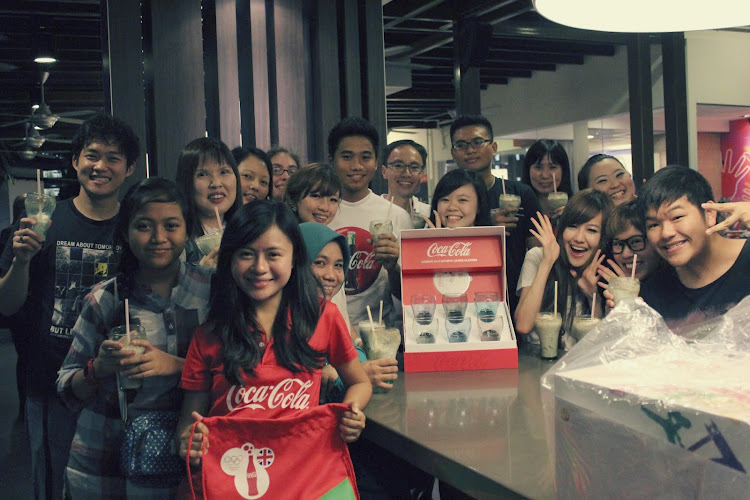