Hi guys! A few months back Chris Wang also known as 宥勝 came to Singapore to promote his album as well as to attend The Star Awards 2013 as he was one of the award presenters. Actually, I have been a fan-boy of 宥勝 since 2011 after he stared in the popular Taiwan Drama, "犀利人妻"! In 2012, he also acted with another female lead, Annie Chen in an 84 episodes drama series called "真愛找麻煩" which I was really hooked onto. Until then, I became a loyal fan of 宥勝! #fanboyhere 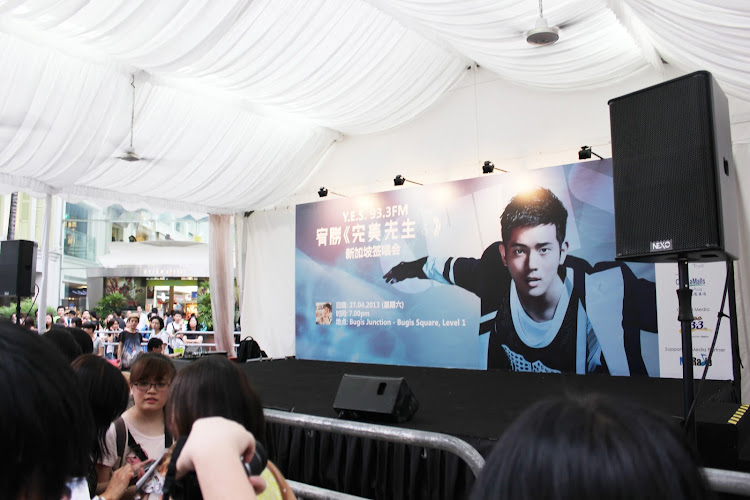 The event started around 7PM, but I came down at 530PM so I could get a good spot. Surprisingly, there was another another event happening before this, so thank god I managed to squeeze to the front! 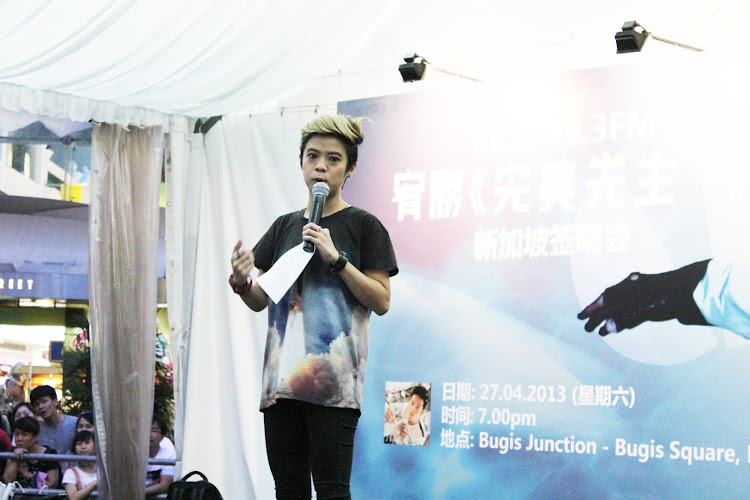 The event started off with the emcee Ivy Tan from Yes 933 Radio Station!


When the clock striked 7PM, 宥勝 came out from the side of the stage! The fans were screaming for him! Anyway this event was also an autograph session. You need to buy his album in order for him to sigh his autograph onto your CD. 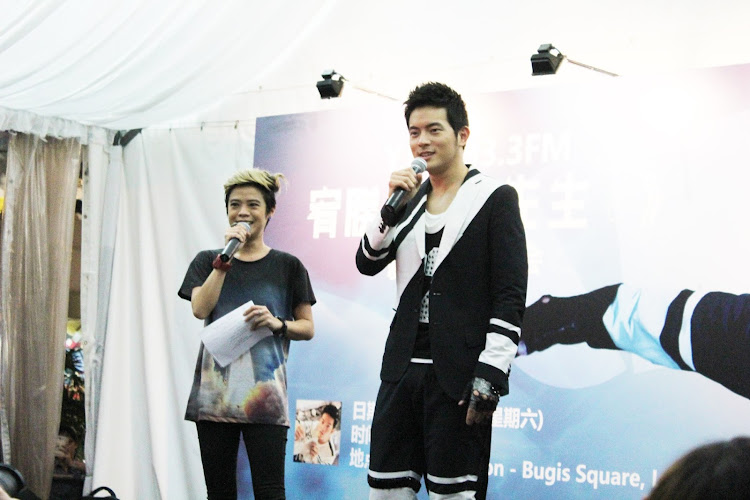 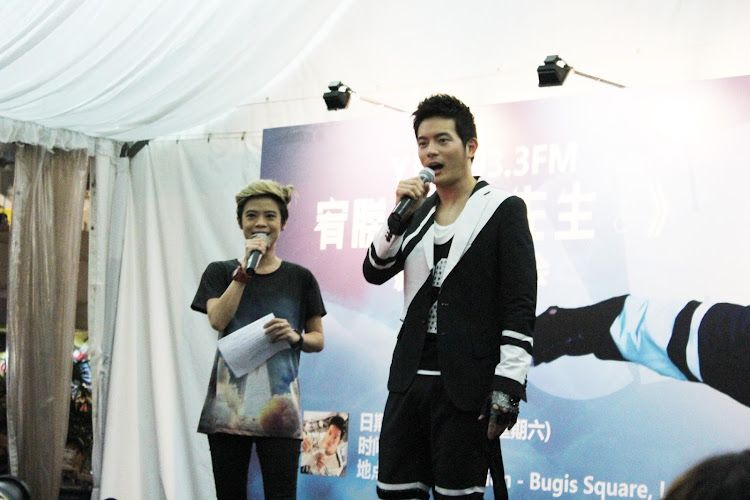 Okay la, I was a bit shocked and can't believe I saw him live because 宥勝 seldom comes to Singapore.

Also filmed a video of his live performance: 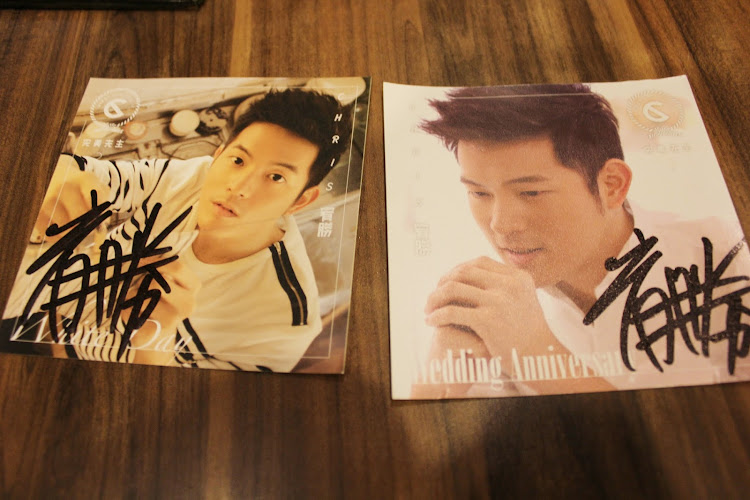 All the queuing up and waiting time was worth waiting as I finally gotten his autograph! WHOOOHOOO! After the autograph session, Tiffany Yong, Don and I headed over to Astons for dinner, thanks for accompanying me :")

also ending off this black board filled with Chris Wang's photos which I made within an hour cos it was very impromptu! See ya! :D