Cineleisure Next Online Sensation: School Out @ Cineleisure #TEAMMUK (Behind The Scenes) 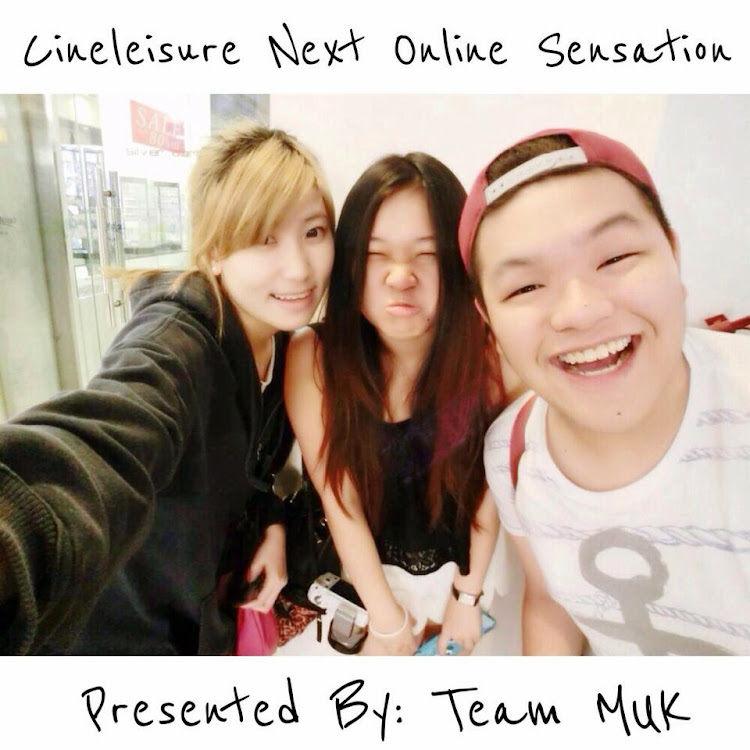 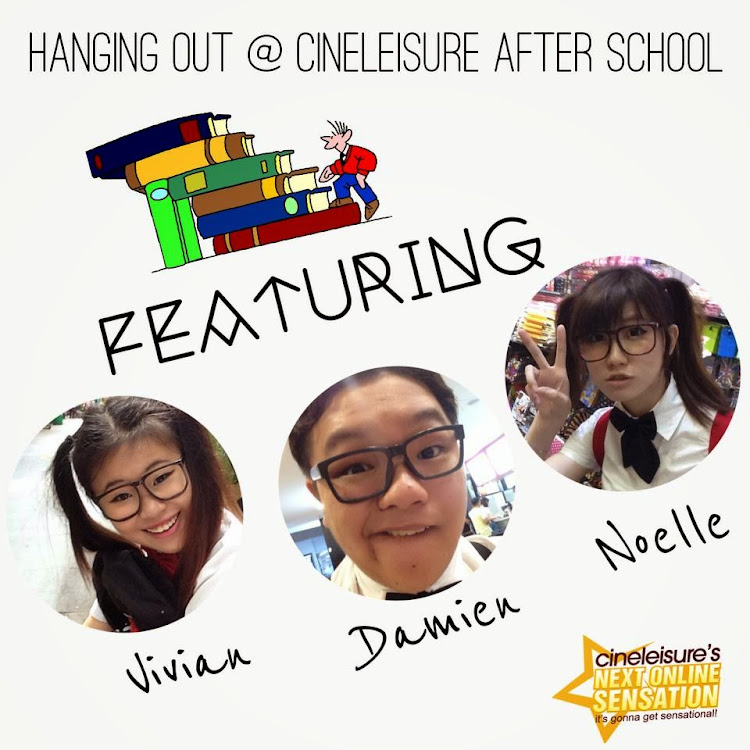 Hope you enjoyed our short music video about Cineleisure! Planning began immediately after the #CNOS3 Briefing and subsequently, I met up with my fellow team members, Noelle and Vivian the day after to discuss about our video! Hats off to Noelle as she was the one that composed the music! She's really very musical talented and I'm glad that I was able to work with her for the first challenge. Vivian is a friendly and bubbly girl who turned out to be my newly found food hunt buddy!  Because of her hype enthusiasm, I was able to communicate with her easily! Together we call ourselves TEAM MUK (it's actually a Pokemon name lolol).

Q: Why did we pick this name? 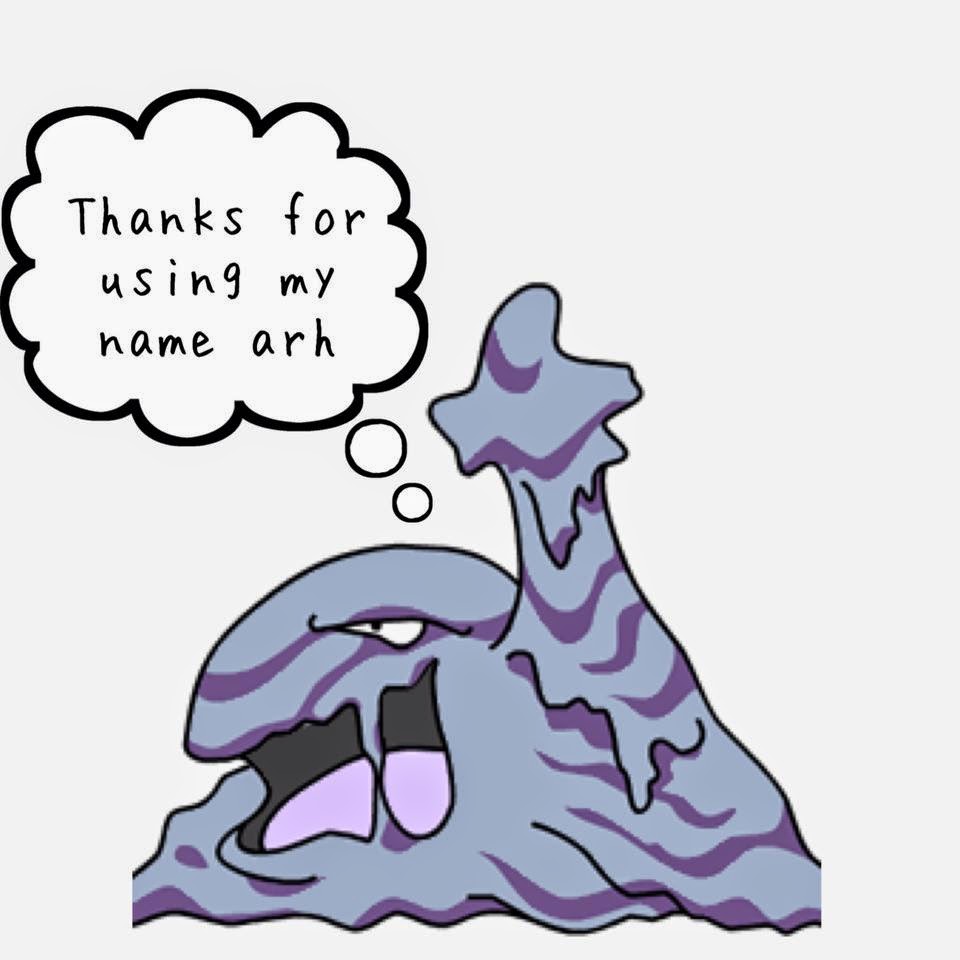 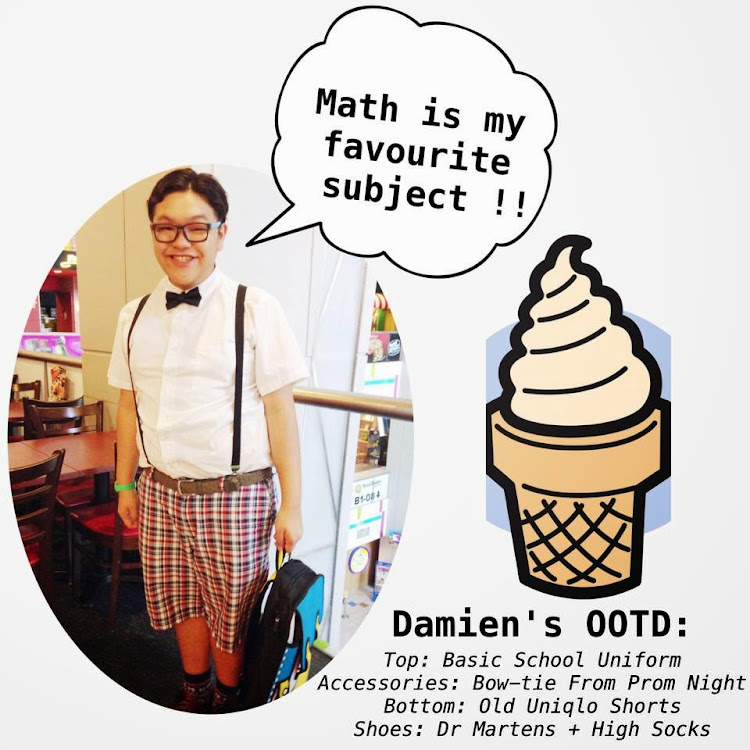 As we wanted to keep our expenses as low as possible, we do not want to spend additional money on unnecessary items. Thus, we use what we have at home and try to find an outfit which makes us looks like a typical student (more on the nerd side). I took almost an hour to style my hair into centre parting because I have curly hair and it was difficult to split my hair into 2 partings. I swear when I boarded the train while on the way to town, many people were looking at my hairstyle thinking that it's a new fashion trend or something! Hahah I look like I'm back int he oldies but HEY!! It's not that bad you know, I got to admit look kinda handsome in a nerdie outfit too. #selfpraise lolol I shall stop being so narcissistic! 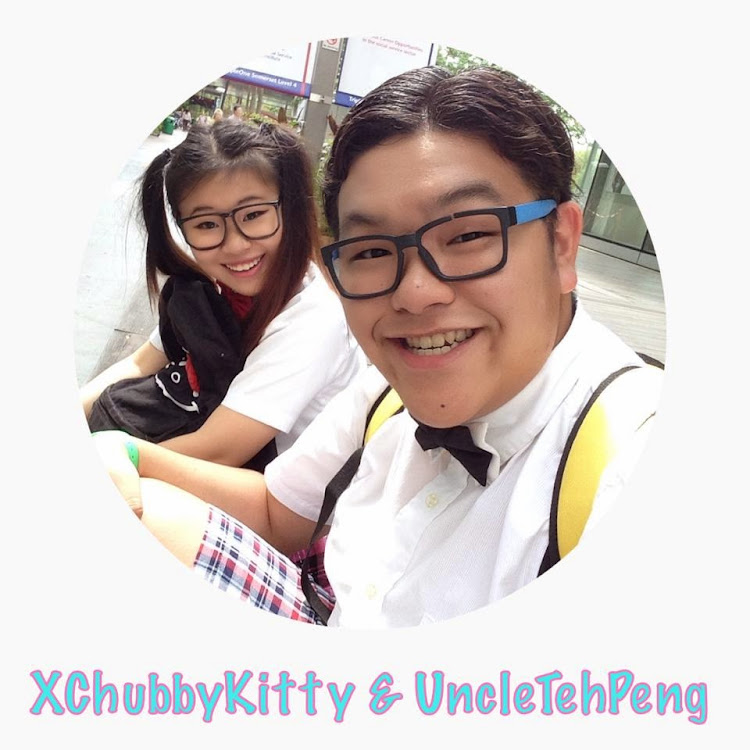 Filming began early in the morning as we didn't wanted to film when the mall was crowded, further more it was a weekday afternoon. It was a great weather to film outdoors, however it was very humid! Thus we tried to clear the outside scenes, before we began the filming inside Cineleisure. 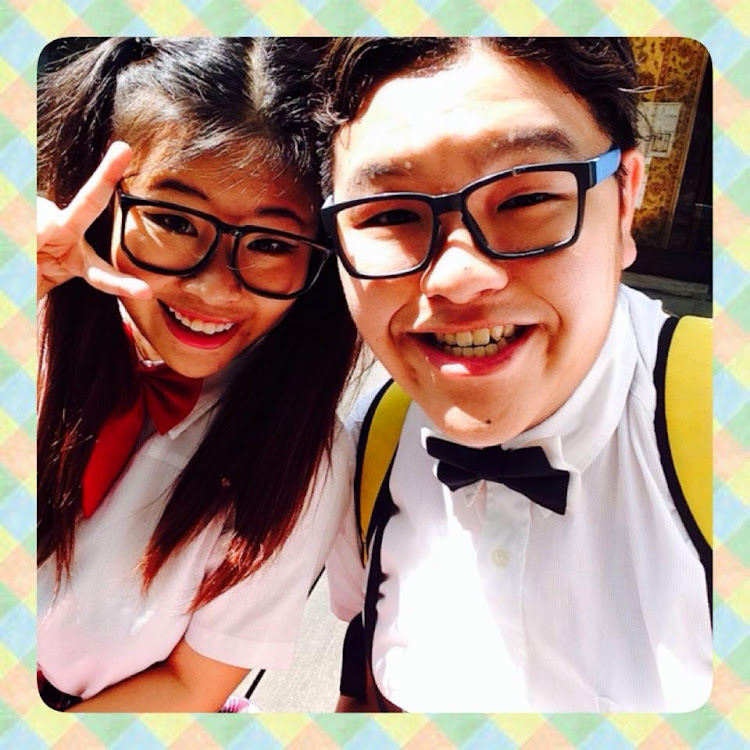 Another seflie of Vivian and I, however this time, you can see me perspiring under the hot sun. 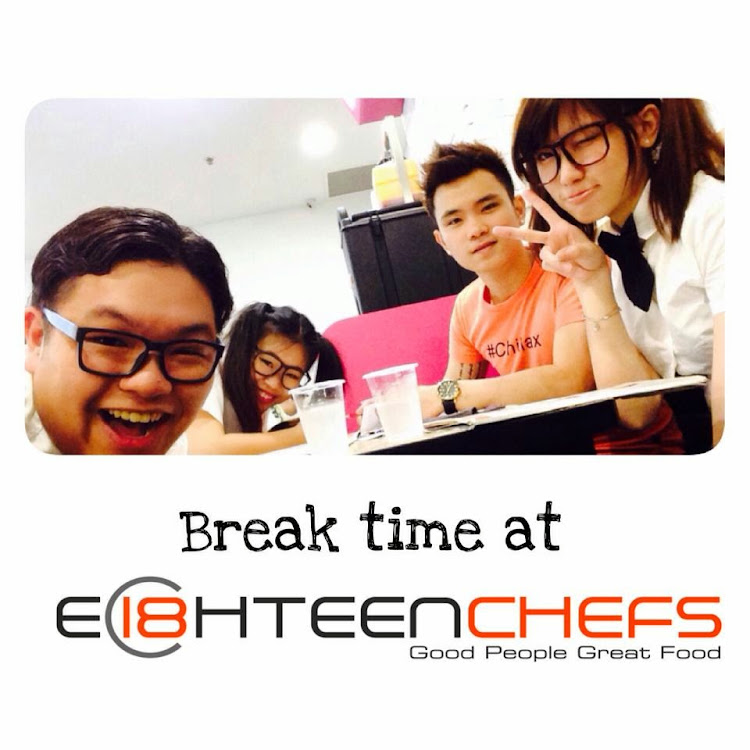 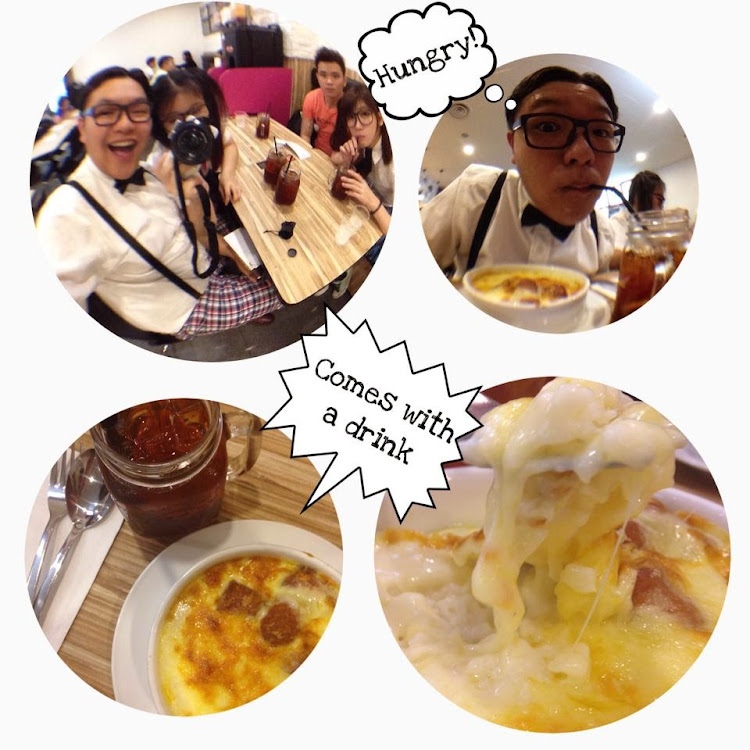 The man behind the camera was Noelle's boyfriend! Thank you for offering to help out in our challenge! We settled down at Eighteen Chefs for lunch because the food there was generally affordable and also pocket friendly for students. They have a set meal for the cheese baked pasta or rice and you can choose your desired sauce and toppings and it comes with a complimentary lemon tea and also ice cream! 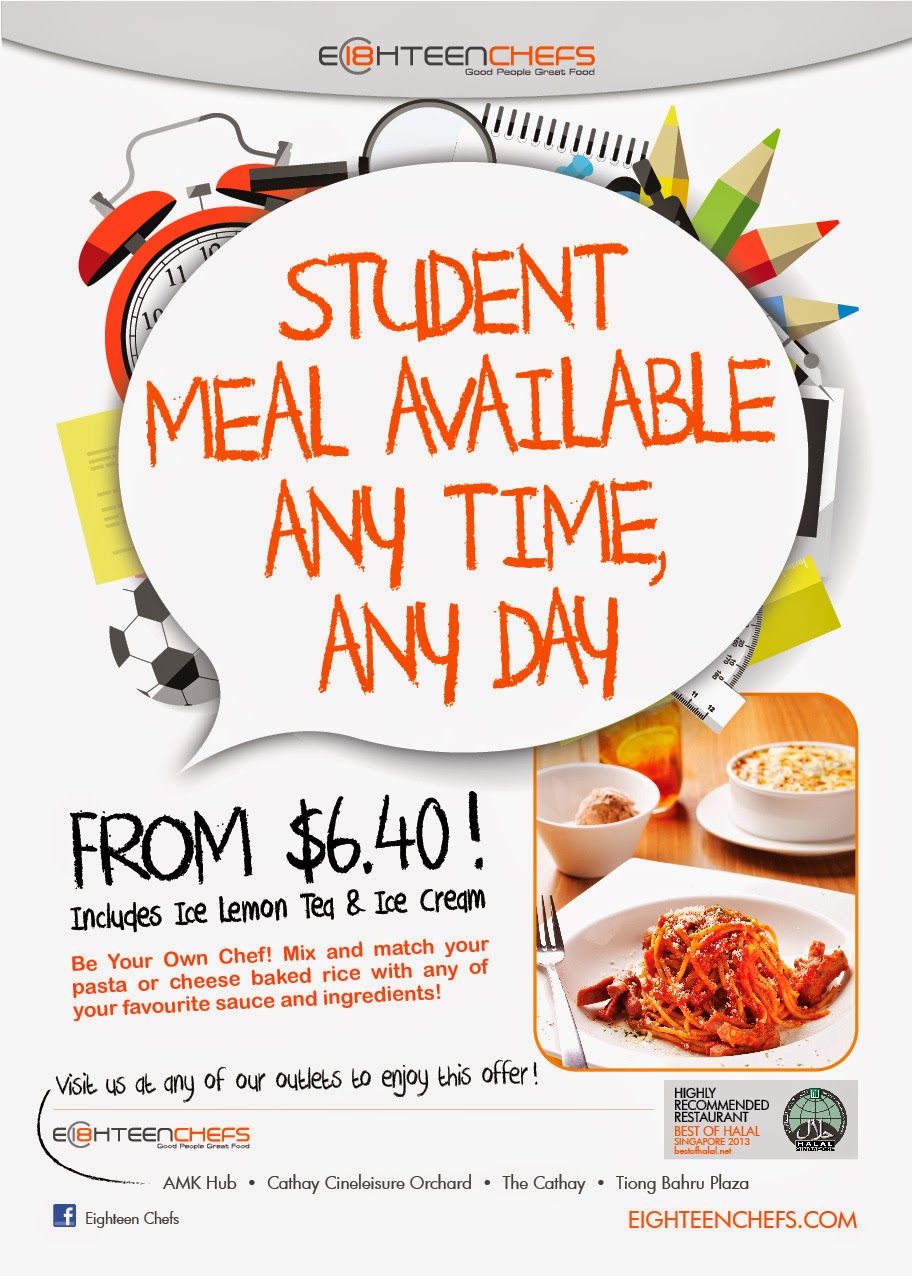 Yes you saw it! It's only $6.40 and you can get a full meal! What's best about it, the promotion is available everyday and also at anytime! Compared to other places, nowadays you can hardly find restaurants that offer affordable prices! Thus, Eighteen Chefs is definitely a wise location to dine with your classmates after school, they also have many different types of snacks and appetizers! Do check it out too!

I blogged for Eighteen Chefs before, thus you can take a look at my blogpost for references:
http://www.uncletehpeng.com/2014/01/my-experience-at-eighteen-chefs-cathay.html 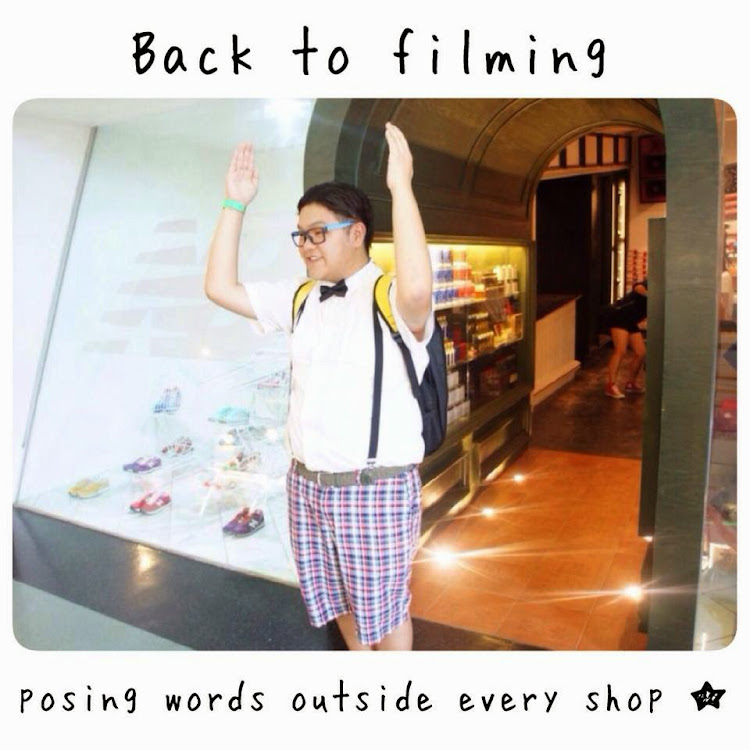 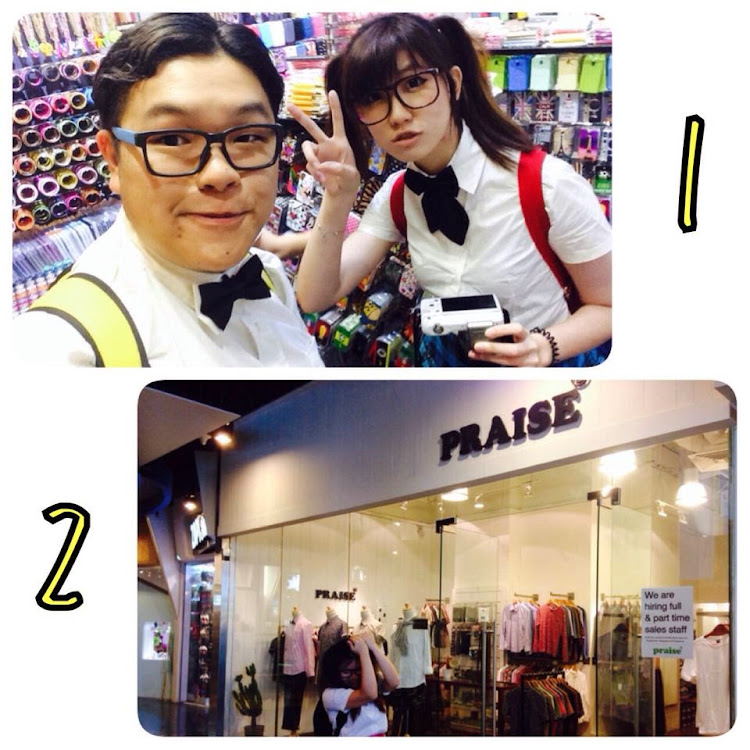 Filming took about close to 6 hours and we finally completed it before before the skies turned dark. I felt that our team accomplished something and we were all looking forward to see the how the final product looks like! It was rather exciting and we can't wait until we put all the pieces together and compile them into a single music video! At the moment of time, we already knew our food challenge members thus we were juggling between both challenges but we managed to complete it! 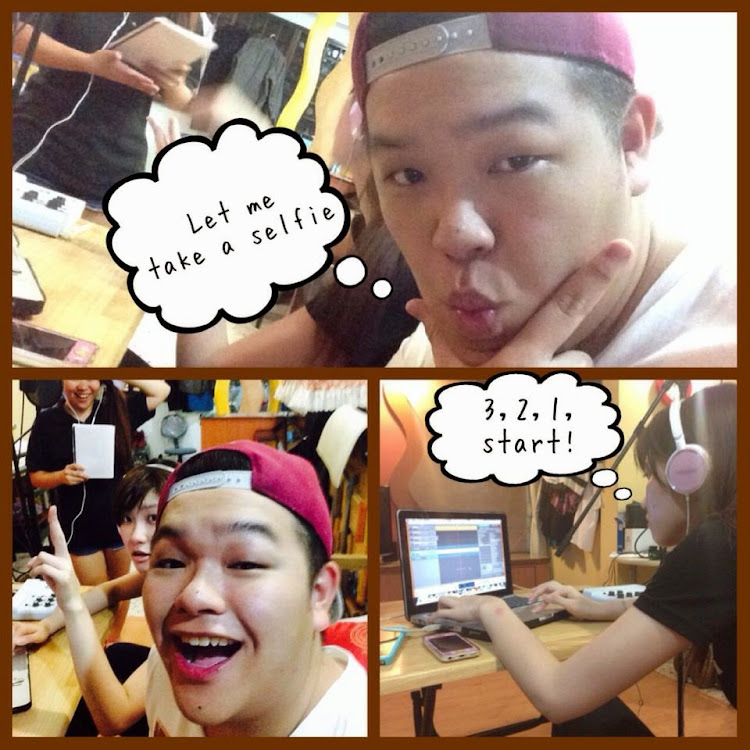 A day before the food challenge, we met up again for dinner and went to Noelle's house for soundtrack recording! It was so fun as it's been ages since I last recorded my voice using a professional recording set! Btw, the voice outcome is totally different from a karaoke mic (of course lah XD). I did my homework by memorizing the lines of the lyrics because it was a rap base song thus I needed to hit the correct note at the correct timing! I kept on messing up the beats, but I'm really thankful to Noelle and Vivian who were being so patient with me, if not I would not have been able to record finish on time. 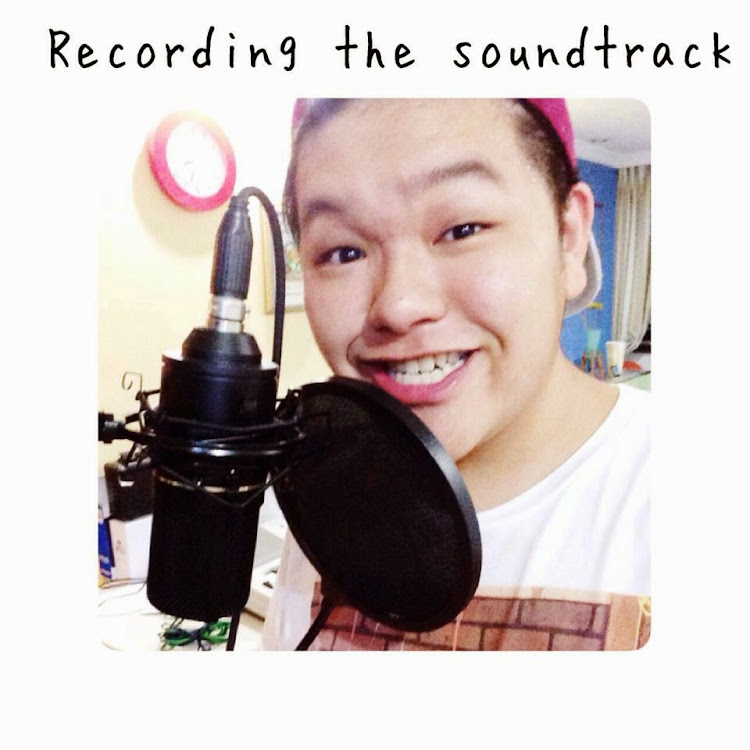 It was like macham a one in a life time experience that you are able to be part of an original song written by one of your blogging buddies, Noelle! It was fun recording with Noelle and Vivian as we needed to re-record like a lot of times to get the rhythm right! But I'm really satisfied and happy with the final product! It's like all our hardwork finally paid off :) 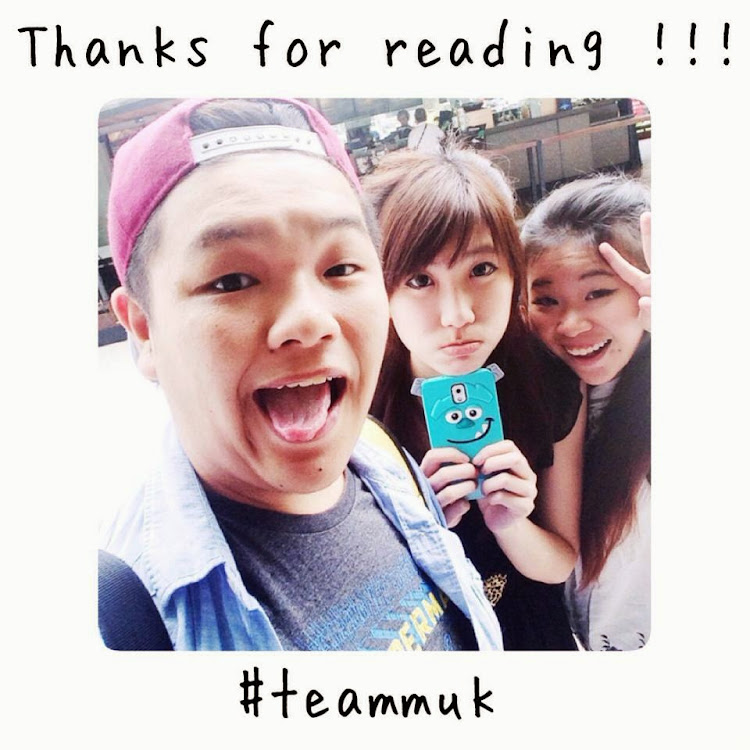